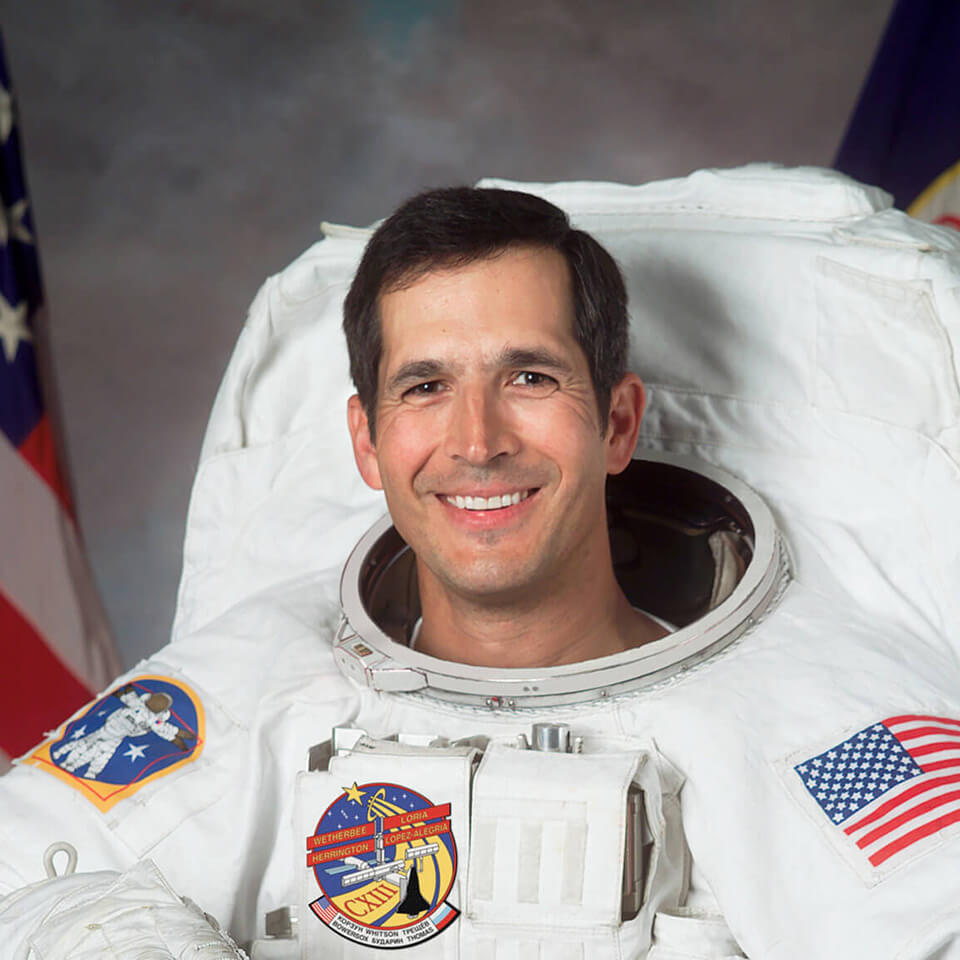 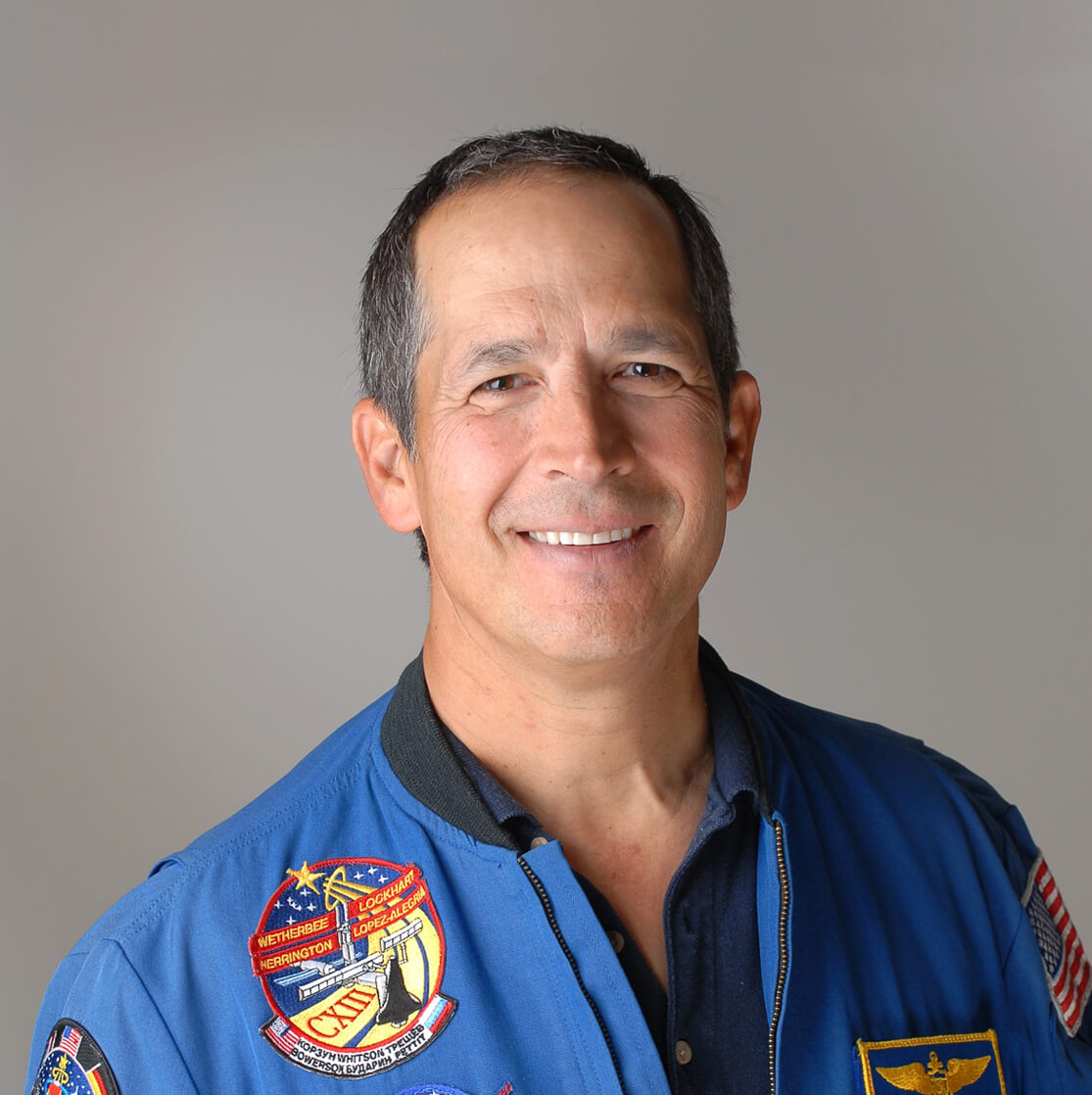 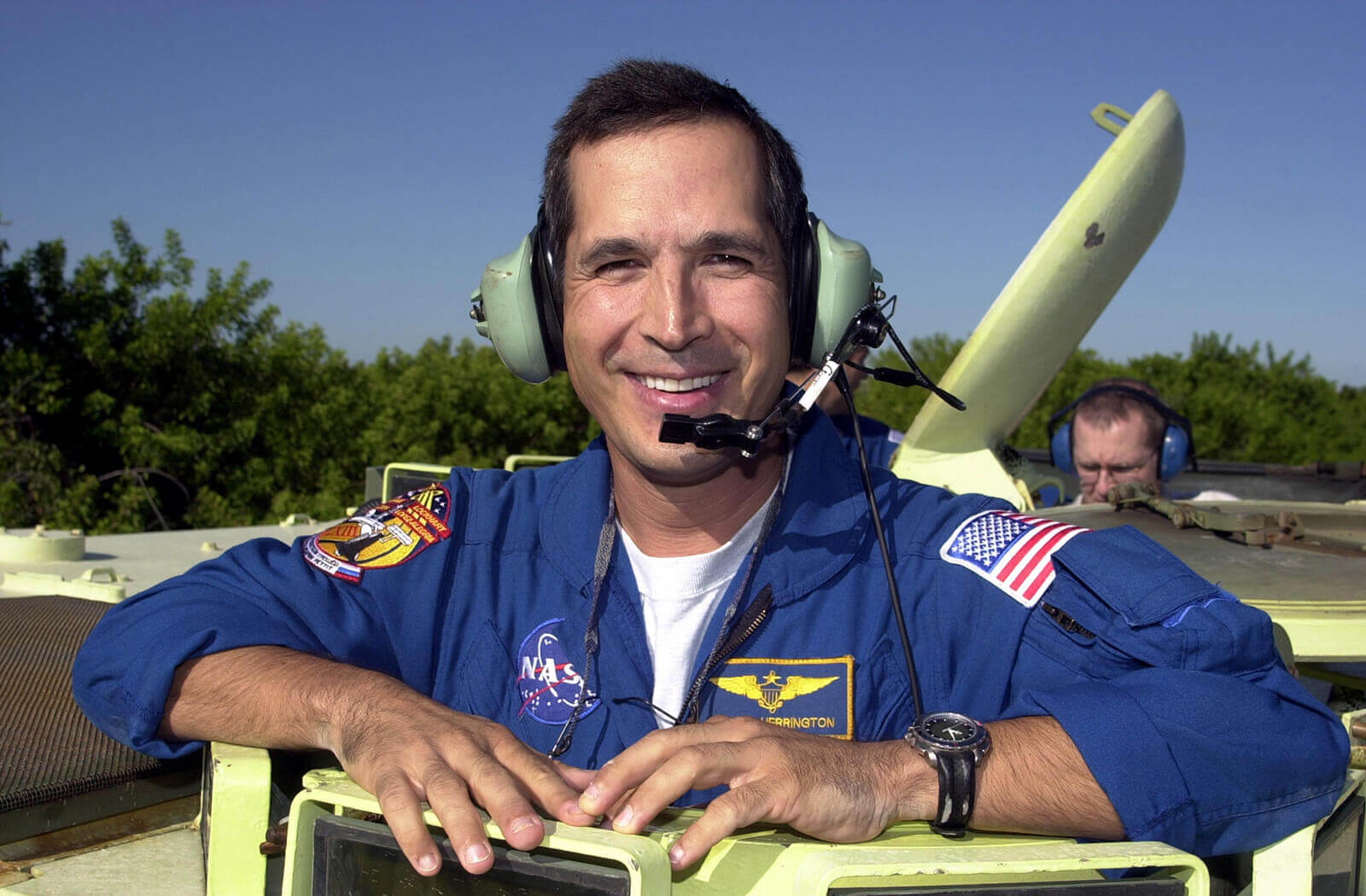 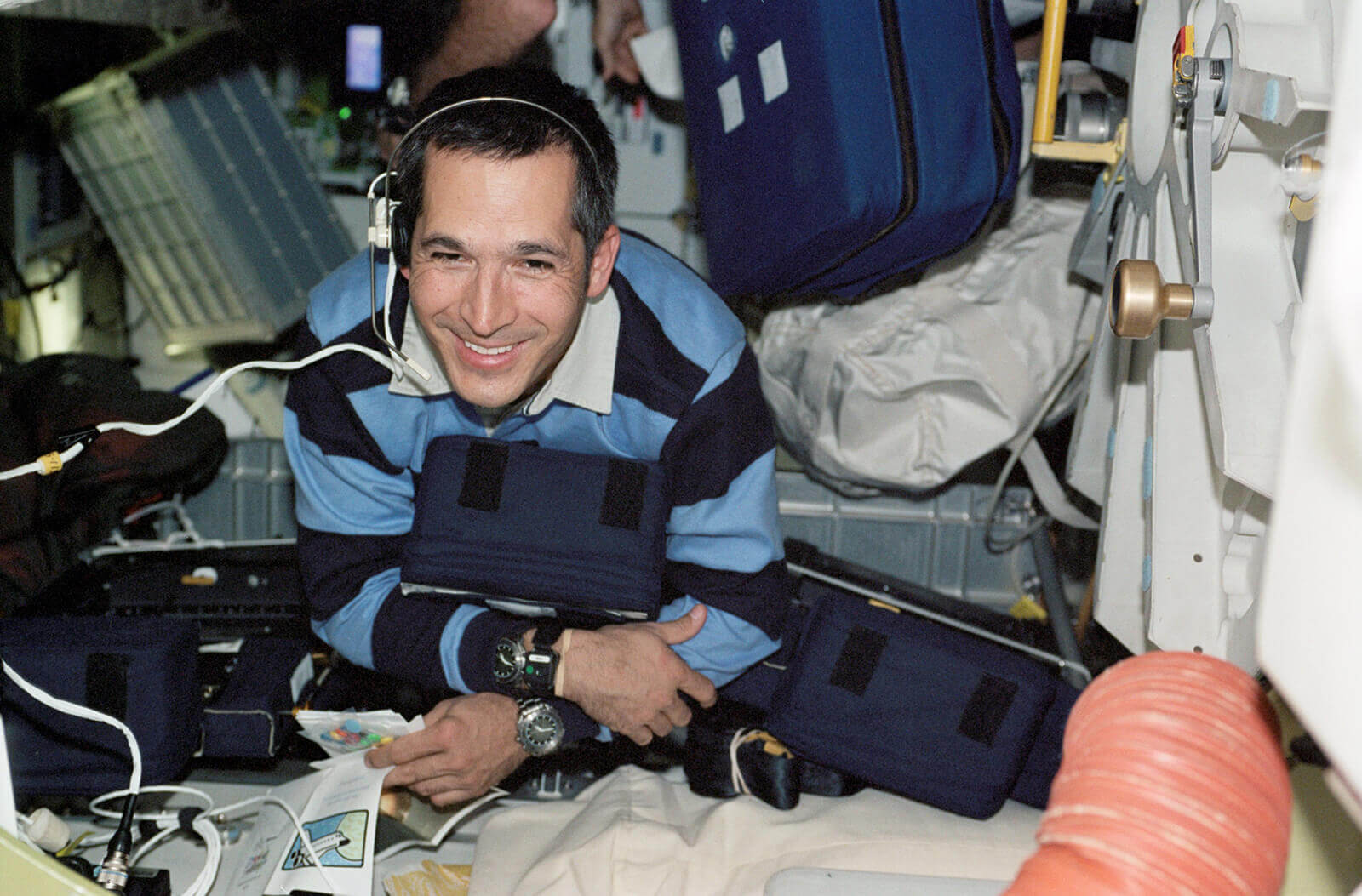 John Herrington is the first Indigenous astronaut to travel into space.

John, who is a proud member of the Chickasaw Nation, was selected as a Mission Specialist for the 2002 flight STS-113, the sixteenth space shuttle mission to the International Space Station on the Endeavour. Before John found his calling, he struggled to finish high school and flunked out of college after Freshman year. Feeling lost, he took a job rock climbing on a survey crew in Colorado, a major turning point in his life journey. Scaling mountains everyday, he discovered he had an aptitude to perform well under physical and mental pressure.

John went back to university where he earned a degree in mathematics from the University of Colorado Colorado Springs (UCCS) in 1984. From there, he attended Aviation Officer Candidate School where he excelled as a pilot. He spent a decade as a Naval Commander on missions that took him around the world, from Alaska to the Philippines.

By 1995, he had a Masters in Aeronautical Engineering and applied to NASA. One year later, he was accepted and chosen to be a member of the sixteenth group of astronauts. Six years later, he launched into space on the Endeavour for flight STS-113. Their mission was to bring three people to space and bring three people home, as well as to install a new truss on the left side of the space station. The mission was a success, and according to John, was the pinnacle of his career.

Always an adventurer, John sought out new challenges after retiring from the Navy and NASA. He soon realized the Indigenous community saw him as a role model. He went back to school and earned a PhD in education.

Ever since, John has been an advocate for the sciences, embarking on a cross-country bike trek in 2008 to promote and encourage youth to study science, technology, engineering and mathematics. In 2016, he wrote a children’s book, Mission to Space, about his life journey and Chickasaw heritage. John now tours schools with his book, inspiring the next generation to dream big.

Incorporating the Chickasaw language into his book was important to John, “There was never a word for astronaut, so the elders and fluent speakers came back and said aba’nowa’, which means ‘walks above.’”